The Hidden Hand of Bankers Rule both the U.S. and the E.U.

President Donald Trump plans on adding another Goldman Sachs veteran to his administration, saying Tuesday that he will nominate James Donavan, the acting managing director of Goldman, as his deputy treasury secretary.

Donavan would become the third major Goldman veteran to join the administration straight out of Wall Street. Former Goldman Chief Operating Officer Gary Cohn, who is now the director of the White House National Economic Council, and Dina Powell, who is now the White House’s senior counselor for economic initiatives, were on Goldman payroll when they accepted rolls in the Trump White House. Other Goldman alums include Treasury Secretary Steven Mnuchin and White House chief strategist Stephen Bannon.

Click Here to read the rest of the article from Salon.com 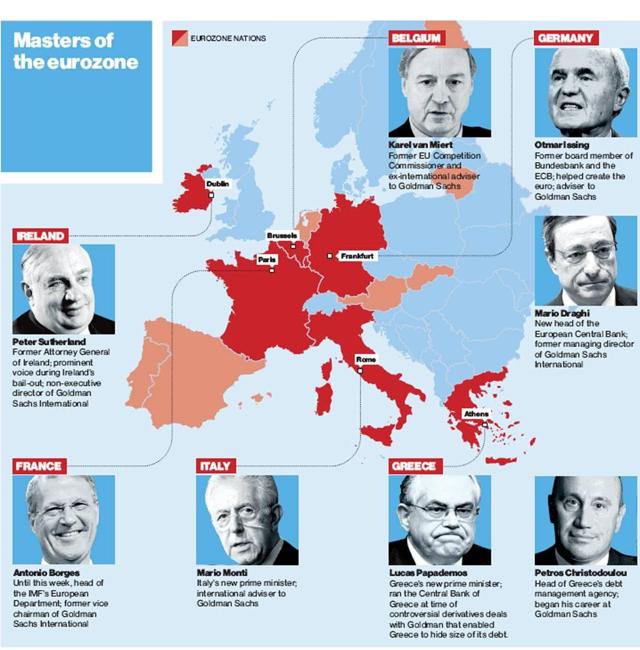