The payroll jobs report for November from the Bureau of Labor Statistics says that the US economy created 203,000 jobs in November. As it takes about 130,000 new jobs each month to keep up with population growth, if the payroll report is correct, then most of the new jobs would have been used up keeping the unemployment rate constant for the growth in the population of working age persons, and about 70,000 of the jobs would have slightly reduced the rate of unemployment. Yet, the unemployment rate (U3) fell from 7.3 to 7.0, which is too much for the job gain. It seems that the numbers and the news reports are not conveying correct information.

A Person Holding 2 Jobs is Counted as 2 Employed Persons! 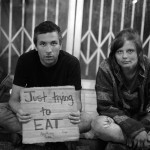 To delve into the meaning of the numbers produced by the two surveys, keep in mind that payroll jobs can increase simply because the birth-death model used to estimate the numbers of unreported business shutdowns and startups can underestimate the former and overestimate the latter.

Before reviewing this, let’s first assume that the story of 203,000 new payroll jobs in November is correct. Where does the BLS say these jobs are? Are these the long-missing New Economy jobs that we were promised in exchange for giving China our well-paid manufacturing jobs and giving India our well-paid professional service jobs?

No Jobs for these Folks

According to BLS, the jobs are mainly the same lowly-paid, part-time, nontradable domestic service jobs that I have been reporting for a decade or longer.

The BLS also claims 27,000 jobs in manufacturing. What precisely is being manufactured? Apparently, very little. The manufacturing jobs are spread over about 23 categories.

We Have Now Caught Up With How India Was 30 Years Ago! 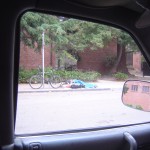 This is the jobs profile of the American super economy. It is the profile of India 30 or 40 years ago.

Are even these lowly paid part-time domestic jobs really there? Perhaps not. According to statistician John Williams (shadowstats.com), the government shutdown and reopening, the birth-death model, and concurrent-seasonal-adjustment problems can result in misstated jobs. 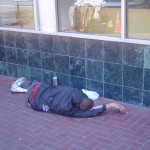 To be included in the U3 unemployment rate, an unemployed person has to have looked for a job in the past four weeks. Those who have looked for a job until they are blue in the face and have given up looking are not counted in the U3 rate. In November any unemployed workers, discouraged by the absence of jobs, who ceased to look for employment were dropped from the labor force that U3 considers to be the base for the measure of unemployment. Thus, if unemployed workers move into the discouraged category, the rate of unemployment falls even if not a single person finds a job.

The government has a second unemployment rate, U6, about which little is heard. This rate counts workers who have been discouraged for less than one year. This unemployment rate is 13.2 %, almost double the reported rate.

In other words, the U3 measure of unemployment can decline for two different reasons: the economy can create more employment opportunities or people become discouraged and stop looking for jobs. Discouraged workers move into the U6 category where they are counted as unemployed until they have been discouraged for more than one year when they are no longer officially considered to be part of the labor force. The U6 unemployment rate can rise as short-term discouraged workers are dropped out of the U3 measure and moved into the U6 measure, and the U6 rate can fall when the workers become long-term discouraged and are officially removed from the labor force.

Think about this for a minute. The BLS admits that the US unemployment rate that includes people who have been discouraged about finding a job for less than one year is 13.2%. The official line is that the US economy has been enjoying a recovery since June 2009. How is there a recovery when 13.2% of the population is unemployed? 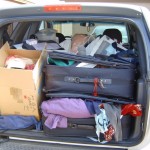 Living in a Car

This question becomes even more pointed when the long-term–more than one year–discouraged workers who cannot find a job are included in the measure of unemployment. The US government does not provide such a measure. However, John Williams (shadowstats.com) does. His estimate produces a 23.2% rate of US unemployment. An increase in the number of long-term discouraged workers is consistent with the drop in the US labor force participation rate from 66% in December 2007 to 63% in November 2013.

There is no such thing as a recovery with 23.2% unemployment.

So, if there is no economic recovery, why are stock and bond prices so high, at all-time records? The answer is simple. The Federal Reserve is printing $1,000 billion new dollars annually and the newly created money is going into the bond and stock markets, driving them to high bubble levels.

So here sits the US economy with substantial unemployment, with massive trade and budget deficits that are taxing the US dollar’s credibility, with the labor force participation rate declining because there are no jobs to be found, and we are enjoying economic recovery with bond and stock prices at historic highs.

If this isn’t enough of a puzzle, consider the official second estimate of third quarter GDP growth. According to this estimate, the US economy expanded at a 3.6% rate in the third quarter; yet official U6 unemployment is 13.2%

And if you believe the government, there is no inflation either. Yes, I know, your grocery bills go up each month.

Keep in mind that many of the new November payroll jobs could reflect seasonal hiring gearing up for the Christmas sales season. Remember, the payroll survey counts one person with two part-time jobs as two jobs.

Economic recovery requires a growth in real median family income and/or an increase in consumer debt, and, except for a rise in student loan debt, there is no sign of either.

How do consumers take on more debt in order to finance their consumption when their real incomes are falling? The growth in consumer credit outstanding is due to student loan growth.

I have not seen the establishment’s explanation of how recovery can occur without growth in real purchasing power either from rising real incomes or rising consumer indebtedness.

Over One Million Fewer Jobs Now Than in December 2007

According to the Bureau of Labor Statistics, there are 1,277,000 fewer seasonally adjusted payroll jobs in November 2013 than in December 2007.

How it is possible for the economy to have been in recovery since June 2009 (according to the National Bureau of Economic Research) and there are 1,277,000 fewer jobs today than existed six years ago prior to the recession?

How has real Gross Domestic Product recovered when jobs and real consumer incomes have not?

These are among the many questions that go unasked and unanswered.

Statistician John Williams says that the economic recovery is a statistical illusion created by deflating nominal GDP with an understated measure of inflation.

VOTE YES ON PROP 37 IN CALIFORNIA!

Say you had all the money you ever dreamed of in your bank account.  It won’t make a bit of difference to you if you are dead!  And today the average person faces a lot of challenges just to stay alive.  One of the biggest issues of the day is your health.  We are bombarded with chemicals, poisons, aerial spraying (chemtrails), air pollution and now Genetically Modified Foods (GMO).  These GMO products are not proven safe for humans, in fact my advice is don’t eat this crap, stick to fresh, natural products.

The trouble is, the big chemical companies who want to patent and control the majority of the world’s food supply, do not want you to know which foods have genetically modified products and organisms.  Because they know that most people will not eat them, not buy their products, and ruin their profits and their grand conspiracy to control the food supply.  That is why YOU MUST VOTE YES ON PROP 37 IN CALIFORNIA.  It is not perfect, but it is a start to reigning in these corporate conspirators who want to make billions of dollars at the expense of humans and animals.  If you want to get a lot of great information on this issue please go to this website: www.you-rant.com