The Movement to Public Banking 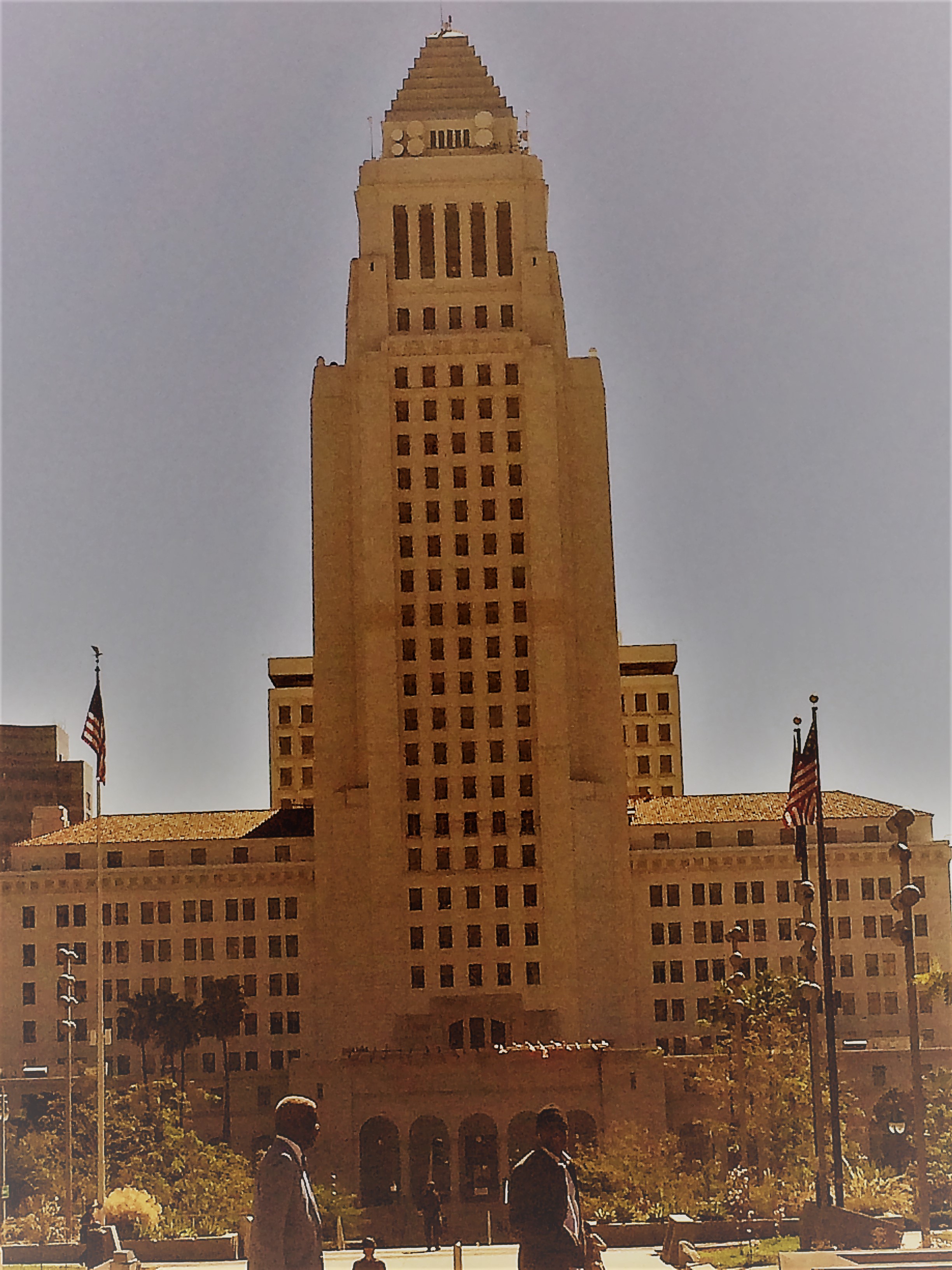 (From Ellen Brown’s article on TruthDig.com)  Wall Street owns the country. That was the opening line of a fiery speech that populist leader Mary Ellen Lease delivered around 1890. Franklin Roosevelt said it again in a letter to Colonel House in 1933, and Sen. Dick Durbin was still saying it in 2009. “The banks—hard to believe in a time when we’re facing a banking crisis that many of the banks created—are still the most powerful lobby on Capitol Hill,” Durbin said in an interview. “And they frankly own the place.”

Wall Street banks triggered a credit crisis in 2008-09 that wiped out over $19 trillion in household wealth, turned some 10 million families out of their homes and cost almost 9 million jobs in the U.S. alone. Yet the banks were bailed out without penalty, while defrauded home buyers were left without recourse or compensation. The banks made a killing on interest rate swaps with cities and states across the country, after a compliant and accommodating Federal Reserve dropped interest rates nearly to zero. Attempts to renegotiate these deals have failed.

In Los Angeles, the City Council was forced to reduce the city’s budget by 19 percent following the banking crisis, slashing essential services, while Wall Street has not budged on the $4.9 million it claims annually from the city on its swaps. Wall Street banks are now collecting more from Los Angeles just in fees than it has available to fix its ailing roads.

Local governments have been in bondage to Wall Street ever since the 19th century despite multiple efforts to rein them in. Regulation has not worked. To break free, we need to divest our public funds from these banks and move them into our own publicly owned banks.

L.A. Takes It to the Voters

Some cities and states have already moved forward with feasibility studies and business plans for forming their own banks. But the city of Los Angeles faces a barrier to entry that other cities don’t have. In 1913, the same year the Federal Reserve was formed to backstop the private banking industry, the city amended its charter to state that it had all the powers of a municipal corporation, “with the provision added that the city shall not engage in any purely commercial or industrial enterprise not now engaged in, except on the approval of the majority of electors voting thereon at an election.”

Under this provision, voter approval would apparently not be necessary for a city owned bank that limited itself to taking the city’s deposits and refinancing municipal bonds as they came due, since that sort of bank would not be a “purely commercial or industrial enterprise” but would simply be a public utility that made more efficient use of public funds. But voter approval would evidently be required to allow the city to explore how public banks can benefit local economic development, rather than just finance public projects.

The L.A. City Council could have relied on this 1913 charter amendment to say “no” to the dynamic local movement led by millennial activists to divest from Wall Street and create a city owned bank. But the City Council chose instead to jump that hurdle by putting the matter to the voters. In July 2018, it added Charter Amendment B to the November ballot. A “yes” vote will allow the creation of a city owned bank that can partner with local banks to provide low-cost credit for the community, following the stellar precedent of the century old Bank of North Dakota, currently the nation’s only state-owned bank. By cutting out Wall Street middlemen, the Bank of North Dakota has been able to make below-market credit available to local businesses, farmers and students while still being more profitable than some of Wall Street’s largest banks. Following that model would have a substantial upside for both the small business and the local banking communities in Los Angeles.

On Sept. 20, the Los Angeles Times editorial board threw cold water on this effort, calling the amendment “half-baked” and “ill-conceived,” and recommending a “no” vote.

Yet not only was the measure well-conceived, but L.A. City Council President Herb Wesson has shown visionary leadership in recognizing its revolutionary potential. He sees the need to declare our independence from Wall Street. He has said that the country looks to California to lead, and that Los Angeles needs to lead California. The people deserve it, and the millennials whose future is in the balance have demanded it.

The City Council recognizes that it’s going to be an uphill battle. Charter Amendment B just asks voters, “Do you want us to proceed?” It is merely an invitation to begin a dialogue on creating a new kind of bank—one geared to serving the people rather than Wall Street.

Amendment B does not give the City Council a blank check to create whatever bank it likes. It just jumps the first of many legal hurdles to obtaining a bank charter. The California Department of Business Oversight (DBO) will have the last word, and it grants bank charters only to applicants that are properly capitalized, collateralized and protected against risk. Public banking experts have talked to the DBO at length and understand these requirements; and a detailed summary of a model business plan has been prepared, to be posted shortly.

The L.A. Times editorial board erroneously compares the new effort with the failed Los Angeles Community Development Bank, which was founded in 1992 and was insolvent a decade later. That institution was not a true bank and did not have to meet the DBO’s stringent requirements for a bank charter. It was an unregulated, non-depository, nonprofit loan and equity fund, capitalized with funds that were basically a handout from the federal government to pacify the restless inner city after riots broke out in 1992—and its creation was actually supported by the L.A. Times.

The Times also erroneously cites a 2011 report by the Boston Federal Reserve contending that a Massachusetts state-owned bank would require $3.6 billion in capitalization. That prohibitive sum is regularly cited by critics bent on shutting down the debate without looking at the very questionable way in which it was derived. The Boston authors began with the $2 million used in 1919 to capitalize the Bank of North Dakota, multiplied that number up for inflation, multiplied it up again for the increase in GDP over a century and multiplied it up again for the larger population of Massachusetts. This dubious triple-counting is cited as serious research, although economic growth and population size have nothing to do with how capital requirements are determined.

Bank capital is simply the money that is invested in a bank to leverage loans. The capital needed is based on the size of the loan portfolio. At a 10 percent capital requirement, $100 million is sufficient to capitalize $1 billion in loans, which would be plenty for a startup bank designed to prove the model. That sum is already more than three times the loan portfolio of the California Infrastructure and Development Bank, which makes below-market loans on behalf of the state. As profits increase the bank’s capital, more loans can be added. Bank capitalization is not an expenditure but an investment, which can come from existing pools of unused funds or from a bond issue to be repaid from the bank’s own profits.

Deposits will be needed to balance a $1 billion loan portfolio, but Los Angeles easily has them—they are now sitting in Wall Street banks having no fiduciary obligation to reinvest them in Los Angeles. The city’s latest Comprehensive Annual Financial Report shows a Government Net Position of over $8 billion in Cash and Investments (liquid assets), plus proprietary, fiduciary and other liquid funds. According to a 2014 study published by the Fix LA Coalition:

Together, the City of Los Angeles, its airport, seaport, utilities and pension funds control $106 billion that flows through financial institutions in the form of assets, payments and debt issuance. Wall Street profits from each of these flows of money not only through the multiple fees it charges, but also by lending or leveraging the city’s deposited funds and by structuring deals in unnecessarily complex ways that generate significant commissions.
Despite having slashed spending in the wake of revenue losses from the Wall Street-engineered financial crisis, Los Angeles is still being crushed by Wall Street financial fees, to the tune of nearly $300 million—just in 2014. The savings in fees alone from cutting out Wall Street middlemen could thus be considerable, and substantially more could be saved in interest payments. These savings could then be applied to other city needs, including for affordable housing, transportation, schools and other infrastructure.

In 2017, Los Angeles paid $1.1 billion in interest to bondholders, constituting the wealthiest 5 percent of the population. Refinancing that debt at just 1 percent below its current rate could save up to 25 percent on the cost of infrastructure, half the cost of which is typically financing. Consider, for example, Proposition 68, a water bond passed by California voters last summer. Although it was billed as a $4 billion bond, the total outlay over 40 years at 4 percent will actually be $8 billion. Refinancing the bond at 3 percent (the below-market rate charged by the California Infrastructure and Development Bank) would save taxpayers nearly $2 billion on the overall cost of the bond.

Finding the Political Will

The numbers are there to support the case for a city owned bank, but a critical ingredient in effecting revolutionary change is finding the political will. Being first in any innovation is always the hardest. Reasons can easily be found for saying “no.” What is visionary and revolutionary is to say, “Yes, we can do this.”

As California goes, so goes the nation, and legislators around the country are watching to see how it goes in Los Angeles. Rather than criticism, Council President Wesson deserves high praise for stepping forth in the face of predictable pushback and daunting legal hurdles to lead the country in breaking free from our centuries-old subjugation to Wall Street exploitation.

COST: $10 (donation for location and snacks)